The New BBBEE Ownership threshold – what does it mean for companies?

The New BBBEE Ownership threshold – what does it mean for companies?

The DTI published gazette 40898 on 9 June 2017, reducing the threshold for major BBBEE ownership transactions from R100 million to R25 million.  This is an update to the BBBEE Commission (Gazette 40053)  issue in June 2016, Clause 18 on page 32-33 and Form BBBEE 18 which companies must use to report to the Commission.

The change in the threshold has been welcomed positively, where all major ownership transactions valued at above R25 million that have taken place since 24 October 2014 must be registered with the BBBEE Commission by 8 August 2017. The DTI & the BBBEE Commission will effectively track BBBEE Ownership deals and ensure that companies are complying with the ownership changes as per the New BBBEE Codes of Good Practice.  The intention is not to obtain approval from the Commission prior to a transaction being implemented, but to register with them.

Companies should effectively examine their ownership structures to ensure that they are compliant on the New BBBEE Codes to avoid considerable penalties.

Click here for more information (Gazette 40898).  Contact us at Xcelerate Verification Agency should you need further clarification or require us to facilitate this registration for you. Email info@xcelbee.co.za or call us on 0861 505 555. 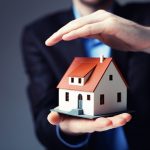 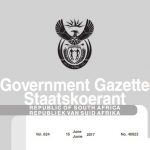 How can companies achieve a compliant BBBEE...

Home » The New BBBEE Ownership threshold – what does it mean for companies?